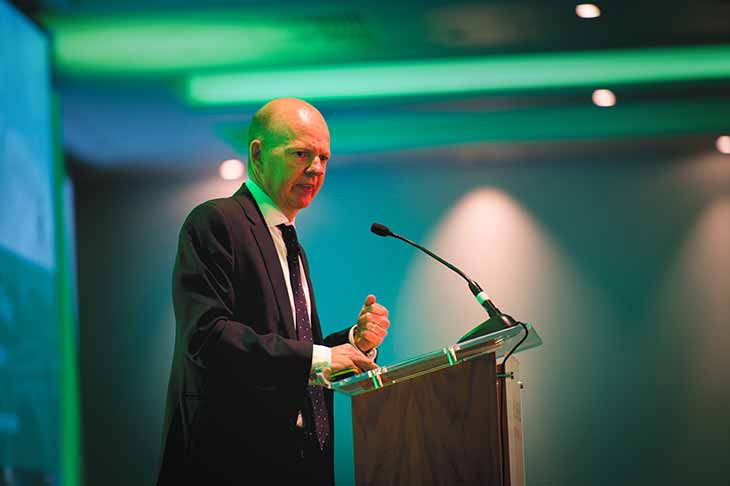 The NAEA Propertymark Conference took place on Valentine’s Day but red roses were in short supply as delegates concentrated on a programme of serious industry issues.

Speakers included Ian Springett, CEO, OnTheMarket, discussing competition in the portal market, while Clive Robins from the Competition and Markets Authority, spoke on the dangers of cartels.

The Government update on Anti Money Laundering was delivered by Richard Riley CBE, Director for Economic Crime, Cyber Crime and Anti-Corruption, within the Office of Security and Counter Terrorism at the Home Office.

Richard explained the UK Government stance on money laundering and why it is such an important issue. Serious and organised crime costs the UK £37 billion a year, affects more UK cities, more often, than any other crime and leads to more deaths every year than all other national security issues combined.

This crime, he said, “Can undermine the authority, legitimacy and integrity of the state. It has a corrosive effect on the reputation of individuals, communities, businesses and countries.

“The scale of money laundering in UK includes grand corruption, as kleptocrats fleece their countries of their wealth and take it elsewhere.

“Tens of billions in illicit UK Pounds are laundered every year in the UK. London is significantly exposed to money laundering activity because people want to live in London – a global capital, a financial powerhouse, with a safe and sound base of law.”

The Government has called out the risks around the property market – a great place to launder billions of international and UK money.

It’s not just about money laundering itself, it is the ability of criminals and kleptocrats to launder their money and reputation to enable them to really enjoy that wealth; to accrue illicit money to achieve status and prestige – because they have been able to acquire a smart house with a nice address.

It isn’t all bad news. In December 2018 the Financial Action Task Force – FATF – an international standards setting body that assesses 60 countries – announced that the UK is the most successful in tackling money laundering – a very positive outcome.

Ministers are especially interested in this as we leave the EU. They want the UK to be an attractive place for investment – but they would prefer the investment money to be clean – rather than dirty. 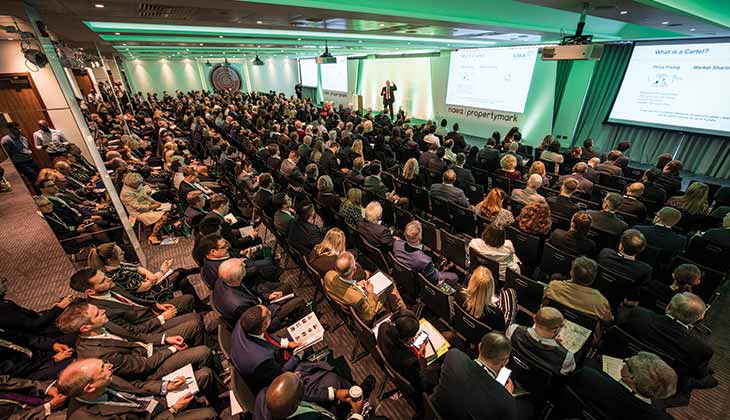 The UK Government’s broad strategic approach includes an anti corruption strategy, published in December 2017 and its priority is the integrity of the UK financial market.

A new serious organised crime strategy initiative was launched in November with the Government investing a further £48.3m to tackle illicit finance and economic crime in 2019-20.

New important powers are now in force, one is ‘Unexplained Wealth Orders’. This reverses the burden of proof – if the state believes there is disproportionality between someone’s income and their apparent wealth; for example, someone on a moderate salary with a mansion and a row smart cars – there may be disproportionality – and the onus is on the person, rather than the state, to prove their income and subsequent lifestyle.

“Government’s ambition is to bring the full power of the state… law enforcement agencies, regulators and the private sector… to bear down on the dirty money problem. It is a public private partnership,” said Richard.

“We are working hard at that relationship. We need to know more about the dynamics and the pressures on estate agents, lawyers, accountants etc. and their priorities.

“Money laundering on this scale simply cannot happen without professional help – the issue for government is it blindness or is there complicity?”

The SARs regime is receiving serious investment to make it easier to use and more effective.

The Government’s objective, said Richard, is “a clean and prosperous economy where legitimate business can flourish – not a safe haven for dirty money.”